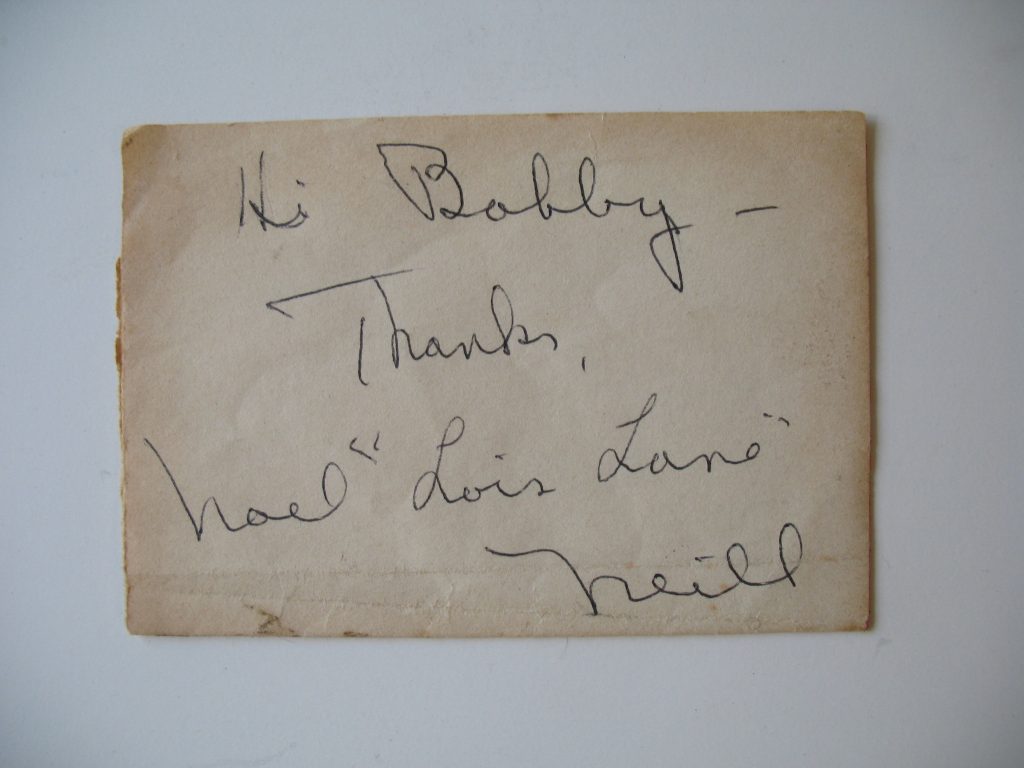 In this episode Bob Fisher talks about meeting Noel Neill in 1972 and says farewell to the first live action Lois Lane.

Bob then turns his attention to the first Superman comic book he ever read and talks about the fun that was the Golden/Atomic Age Superman in Superman #43 from 1946. Here is the cover of Superman 43 and a picture of the splash page from Action Comics 160 from 1951. She’s really only in one of those comics and it’s not #43!

So join Bob Fisher as he reads about the Inventions of Hecter Thwistle and Superman’s power of invisibility! Yep! Superman can make himself invisible in this exciting story from 1946! See how he does it in episode 103 of the Superman Forever Radio Podcast.