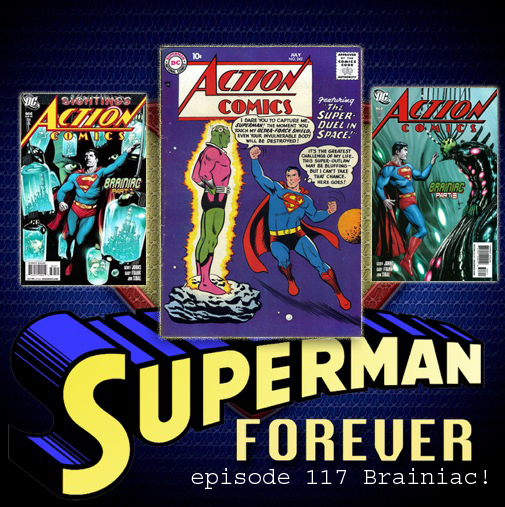 In episode 117 of the Superman Forever Radio podcast host Bob Fisher talks about BRAINIAC! From his first appearance in Action Comics 242 right up to his update by Geoff Johns in Action Comics 866-870, the animated film UNBOUND and his present day appearance on the SYFY Channel’s new show KRYPTON!

Created by Otto Binder and Al Plastino, with an assist from editor Mort Weisinger in 1958 we see what’s changed and what hasn’t in the episode.

Has there ever been a better villain than Brainiac? Listen to episode 117 of the Superman Forever Radio podcast and find out what Bob thinks.